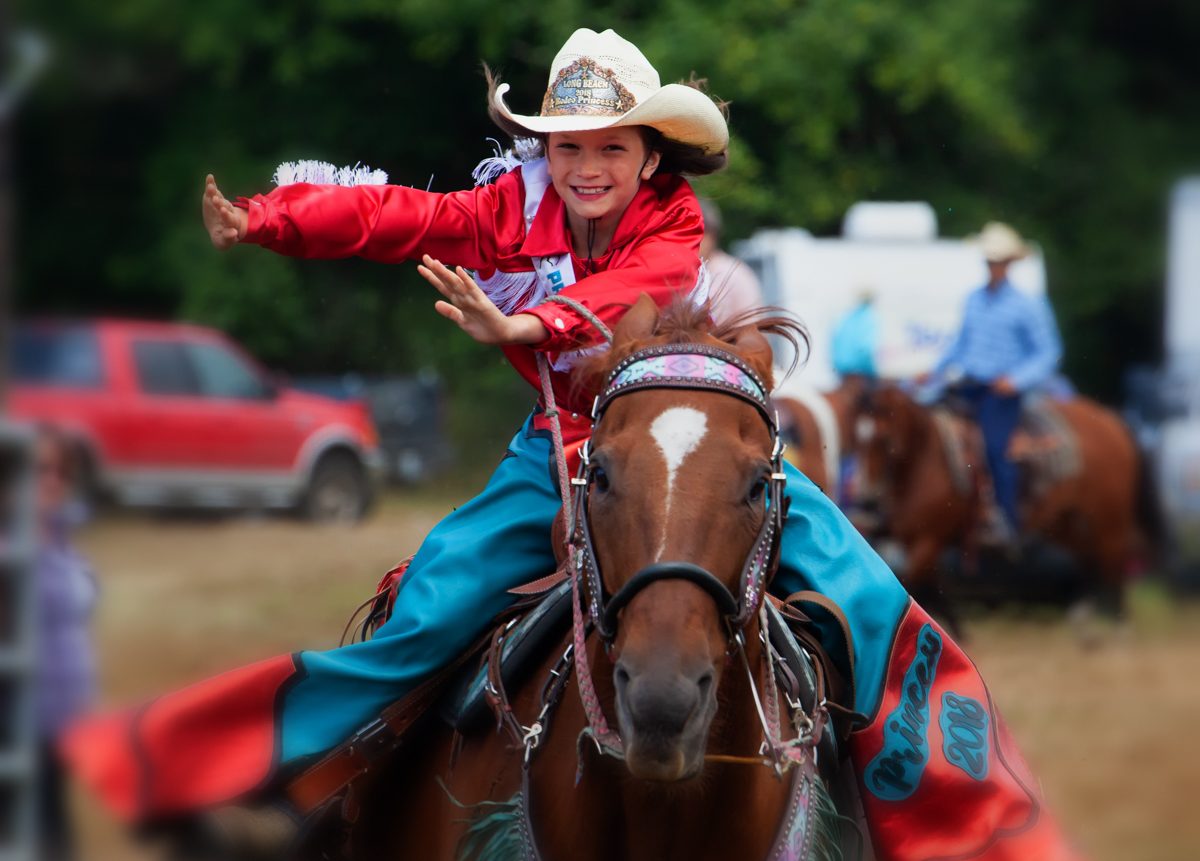 Not many people get to experience real, small town Americana.  Actually, let’s be honest.  There aren’t many of us anymore who really know what that means.  We moved to the Pacific Northwest from the Bay Area in California.  Now there were definitely opportunities to experience a little of our traditional small-town roots, but it was few and far between, and I really don’t remember a groundswell of participation and support.  I think it’s one of the things that I like the most about the Long Beach Peninsula- that nostalgia that brings families and neighborhoods together in large supportive numbers, brings a smile to the faces of children and adults alike, and yep I’m going to admit this- can bring a tear to your eye at times. 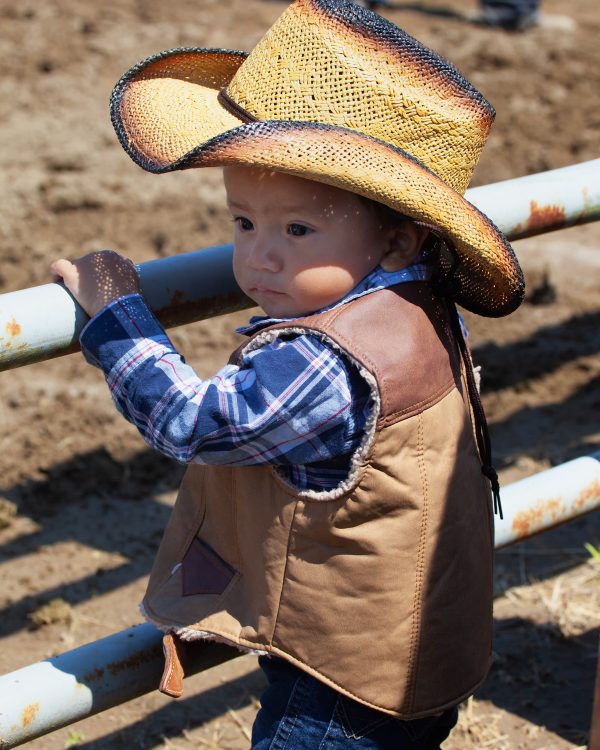 A great example of this is the Peninsula Saddle Club’s Rodeo every July in Long Beach, WA.  Once a year this town embraces its western roots and sets up a family friendly show that is worth its weight in gold.  Matter of fact, this event has been going on for decades after its initial start in 1951- that’s 73 years strong! For me, I love that I’m able to dust off my cowboy boots (that pair that every good original Texan should have!), pull that hat out of the box at the top of the closet, and head out to a weekend full of family, fun, funnel cakes, fantastic showmanship, and Americana.

Now indulge me for a minute- those who know me might be surprised at my response to this event, and I was as well. I’m not a particularly nostalgic gal, and originally planned my rodeo visit as just a good way to get some local images (check out the gallery here).  Instead, I was glued to my seat – laughing and clapping in the stands with people I had never met, but absolutely expect to see next year. 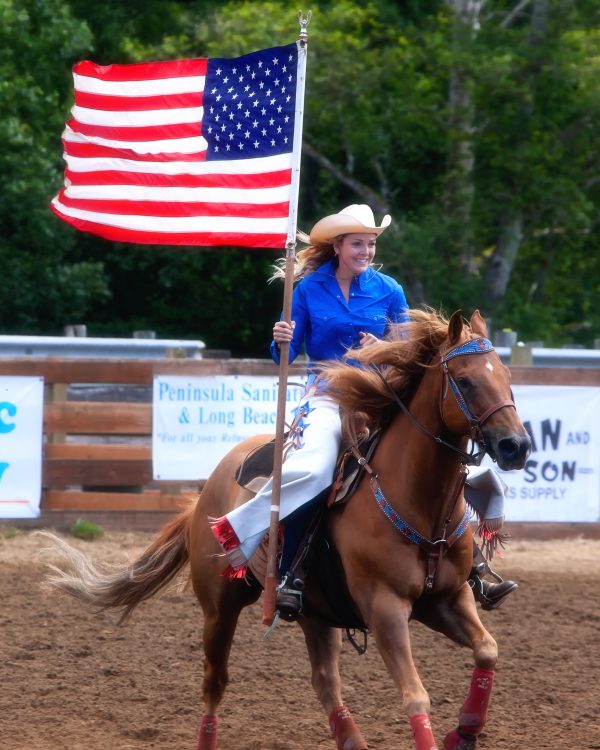 To kick us off, a large American flag was taken slowly around the arena on a beautiful horse/rider team while everyone stood respectfully and most had hands over hearts hearing the national anthem sung acapella by an amazing local voice.  As the anthem continued, the horse and rider picked up speed until the flag flew wildly in the breeze, and the horse’s hoofs pounded the arena floor.  Coming to an end with a bow in the middle of the arena, the 2018 Rodeo officially begun, and we all gathered in a great cheer to watch the show! It was powerful; it was patriotic, and it was a great feeling across the board.

Now this was no small-time production, and a serious competition for those on the pro circuit vying for purse monies. Some of these competitors had national titles, and their skill was evident.  Events included barrel racing, saddle bronc and bareback riding, calf and breakaway calf roping, steer wrestling, and of course the always popular bull riding. In some events, there were novices as well, and the crowd cheered them on.  Although I loved all of it, one of the highlights was the junior and peewee barrel racing, as the whole audience supported riders as young as 5 years old as they rounded the barrels. 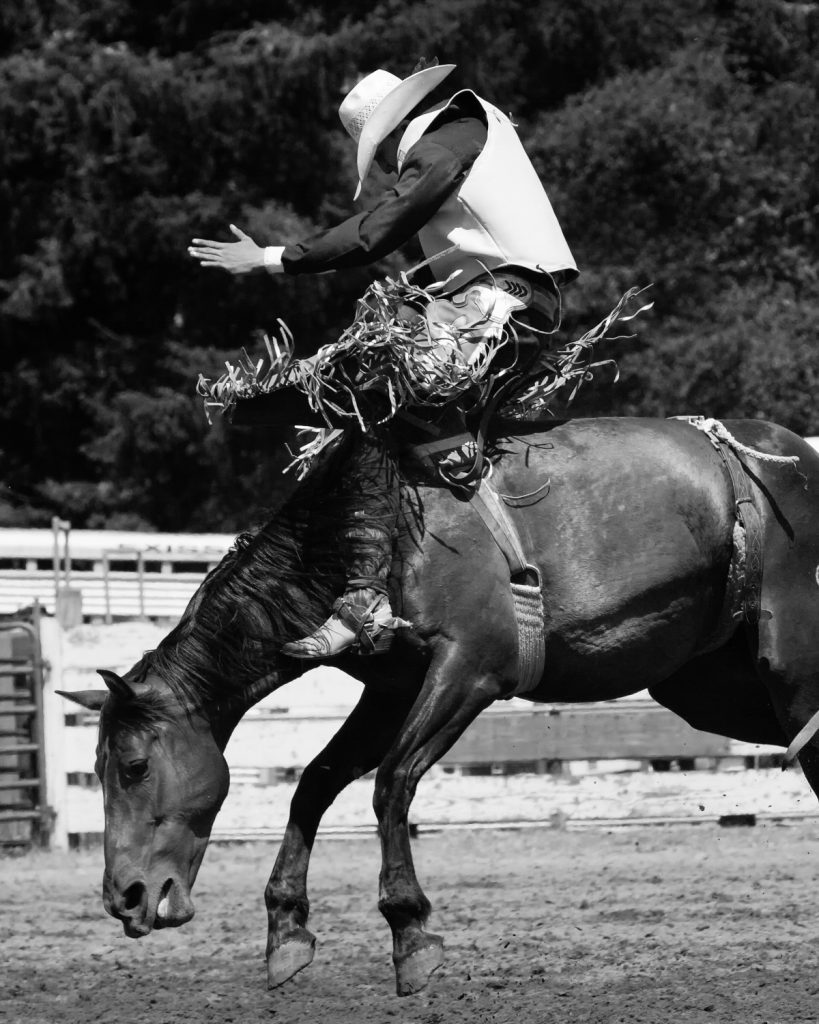 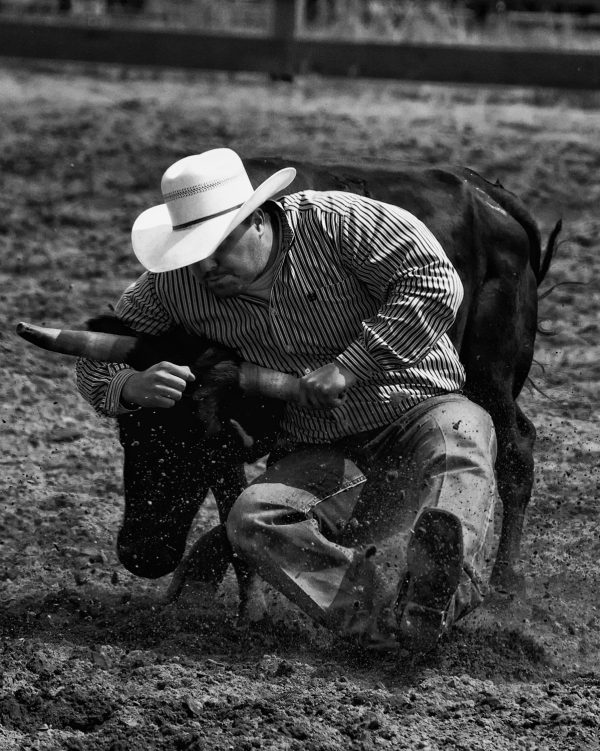 Interspersed in the action was the rodeo royalty- the queens and princesses of the rodeo, including an amazing personality in 2018 Saddle Club Princess Abigail Doan who had incredible community support as she rode her horse around the arena.  New to me but definitely not to the crowd were the performances by Latigo N Lace, 7-year consecutive Washington State Drill Team Champions. Seriously, you do need to check these guys out if you get a chance- they are amazing in their timing, presentation, and execution and even those rodeo fans I’m betting just came for the bull riding were in rapt attention! 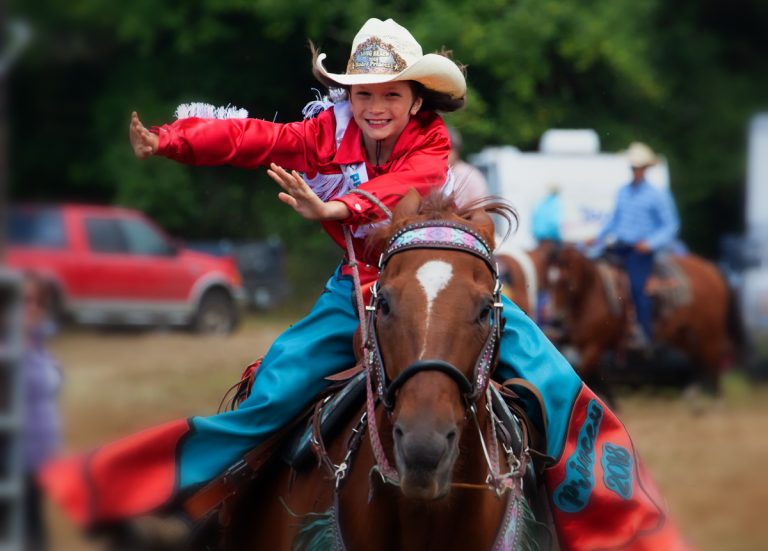 Of course, you can’t talk of the rodeo without talking about the support team, including announcer Lee Daggett, a 5th generation Oregon native and repeat leader of the crowd. Both he and barrelman JJ Harrison have a tough job- equal parts entertainment, safety, and education, and they did an amazing job. Next year I’m going to try to get an interview with JJ – he’s a show unto himself!

So, bottom line is this- it’s worth a visit for you and your family.  I think we all need a bit of nostalgia and true Americana these days.  No kidding, no “bull” J, and yep, I’m a convert and will definitely be there next year! 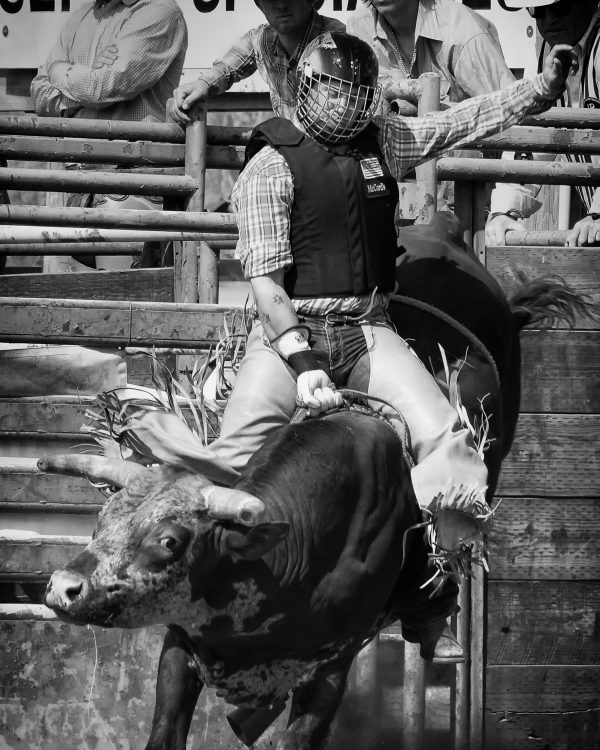 What the Heck is a “Rod Run” she innocently asks….